Bitcoin May Need to Shed $2,000 and Tap Liquidity Region Before Rallying Higher


Bitcoin and the entire crypto market is drifting lower today, with its price falling following the strong rejection seen at around $23,700 yesterday.

The selling pressure here proved to be quite intense and caused it to see some notable downside. However, as seen countless other times, this could prove to be a bear-trap that eventually works in BTC’s favor.

One trader believes that the ongoing decline could extend further, noting that he is watching for an eventual test of Bitcoin’s liquidity within the upper-$19,000 region.

At the time of writing, Bitcoin is trading down just over 1% at its current price of $22,590. This marks a notable decline from recent highs of $23,700 that were set yesterday.

The massive surge to this level proved to be unsustainable, as buyers did not have enough backing to push it any higher.

The crypto may now see some consolidation around its current price levels before it can surge higher.

Why One Trader is Watching for a Move to the Upper-$19,000 Region

One trader explained in a recent tweet that he expects Bitcoin to test its ultimate liquidity and demand zone between $19,600 and $20,000 at some point soon.

“BTC difficult to imagine this doesn’t get filled in at some point. maybe not immediately but i would have thought sooner rather than later,” he said. 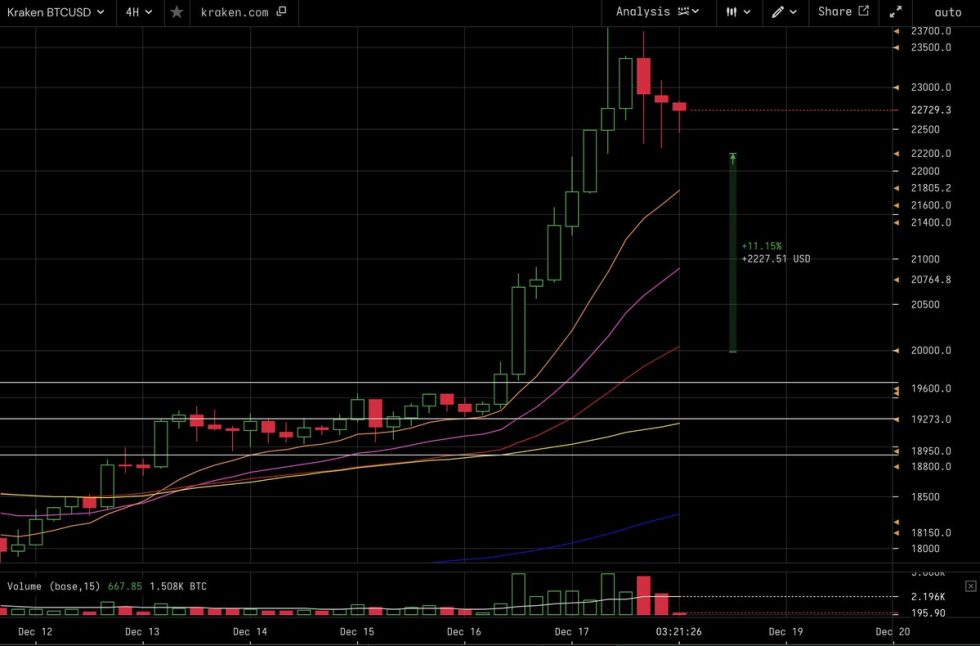 If this level is tapped in the near-term, Bitcoin must post a strong reaction to it. Any sustained decline beneath it could open the gates for the entire market to see notable mid-term losses.