Kandyland aims to become a revolutionary Decentralized Autonomous Organization (DAO), built on the Avalanche smart chain. It is currently having its public Liquidity Bootstrapping Event and is launching the official decentralized application soon after. 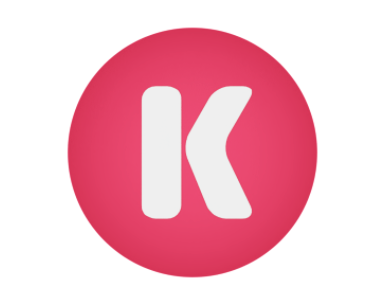 For those that haven’t had the chance to learn about the Crypto world in detail, a DAO is a system in which the token holders have the ability to vote on how they want to see the organization progress. It’s simply a decentralized government in which the community has the final say.

Kandyland DAO itself relies on the famous and battle-tested Olympus reserve currency protocol system. You may be asking, what does this mean?

What is the innovative Olympus DAO Reserve Currency Protocol?

At the beginning of 2021, Olympus DAO has revolutionized DeFi as we know it. Through the use of incredible smart contract technology, Olympus DAO created a means of combating the loss of stable coin purchasing power due to inflation. One certainly understands that inflation will eat away the value of their funds if anyone just keeps them in a savings account.

Therefore, Olympus came up with an innovative solution by creating a reserve currency that is backed by a stable coin rather than pegged to it.

What backing means is that the intrinsic value of a single OHM will always be at least 1 DAI or 1 USD, because if the market price of 1 OHM will start falling below the value of 1 DAI, the protocol will use its treasury funds to buy back and burn the tokens pushing the price back to 1 DAI.

But here is the main highlight, while the price floor exists, the price ceiling doesn’t. This means that there is no limit to how high the price of OHM can be. It can be anywhere higher than 1 DAI but never be less than that.

Kandyland is a direct fork of this tested system. It has two main mechanisms that are based on the economic principle of game theory to encourage the participants to not sell their tokens.

The first side of this system is based on a meticulous bonding mechanism that allows the bonders to exchange their stable or liquidity tokens in return for discounted KANDY from the current market price.

Let us clarify how that works. If on the market you are able to acquire a single KANDY token for $100, then if you choose to mint your tokens through Kandyland, you can acquire them at say $80. Naturally, if the price remains at $100, and you managed to get the token for $80, then you have already made a $20 dollar profit.

But here’s the catch; If you choose to bond, your tokens are vested for a 5-day period. This means that you will be getting 20% of your KANDY amount every single day. As a consequence, if the price stays the same or appreciates, you are not able to benefit until that 5-day period is over. And that’s a big if!

If you are lucky enough for the price to stay the same for that 5-day duration or increase, then congratulations, you earned a profit. However, even if the price ends up falling, because you bonded at a discount, you will have more leeway in terms of a break-even point.

You may be asking, what’s the point of this bonding mechanism though? There are actually two major consequences to bonding. The first one is that the bonders deposit liquidity tokens to bond KANDY. This allows the protocol to own most of its liquidity, ensuring that individual liquidity providers will not randomly pull their liquidity preventing you from selling.

The second consequence of bonding is that it only takes $1 dollar to mint an additional KANDY token, hence, the difference between $1 and the price paid for the bond, goes to the DAOs treasury as pure profit. In other words, over time, the more people bond, the more profit that is stored in the treasury of the DAO.

Alright, now the DAO has tons of profit lying around in the treasury, the question now becomes, what is this profit used for? Well, this is where the second mechanism of the Kandyland reserve currency protocol comes into play.

The treasury gets distributed between the people that end up staking their tokens on the platform and the DAO itself. Staking simply means that you deposit the tokens onto the platform and keep them there instead of selling them. The point of this is to reduce the selling pressure on the KANDY tokens and hence, increase the market price while being rewarded with more KANDY tokens over time.

What is also amazing is that you earn compounded interest on your staked tokens. That is how these platforms are able to offer an Annual Percentage Yield (APY) unheard of in the DeFi world.

Additionally, the KANDY holders are able to create proposals to vote for how the funds will be allocated. Projects like these are simply driven by the community and understanding that if people come together and stake their tokens, they will benefit the most.

There are plenty of currently existing Olympus clones that are out there. How is Kandyland different?

Kandyland aims to create proposals for the community that will focus on the music and gaming ecosystems within the crypto world. As mentioned previously, there are plenty of funds accumulated in the treasury over time, the question now becomes how will these funds be used?

At Kandyland we hope to bootstrap new gaming and music-focused crypto-projects, as well as let the community vote for creating Kandyland-owned projects.

It’s simply a means of crowdfunding an incredible treasury that will get distributed to the holders of KANDY and allow the community to decide on which gaming and music projects they want to support.

Kandyland aims to become a major player in the said ecosystems and bring the gaming and music crypto spheres into the mainstream.

Additionally, Kandyland aims to create an entire interconnected metaverse through the development of future NFT, cross-chain bridging, and many other exciting expansions to the standard reserve currency protocol system.

As an investor, security should be the most important factor that you consider before making an investment.

At Kandyland, we have done everything and anything to ensure that our investor’s funds are safe and secure. But what does “everything” really entail? Firstly, our founder is KYC’d.

Secondly, our code has been audited by multiple trusted sources. Auditing basically means that the code is being checked for any potential bugs and exploits to ensure that none exists.

We are proud to call ourselves one of the first DAOs that have gotten KYC’d and Audited prior to the release of the platform.

Additionally, our contracts are governed by a multi-sig via a trusted platform called Gnosis Safe. One of the issues with smart contract development is that contracts are owned by a single address. And if that address gets compromised, the contract can lose all the funds. Multi-signature aims to solve this. For every contract transaction, 5/7 people would have to approve it for it to go through. And in case 1 person loses access to their wallet, the system will not be compromised.

As you can see, the security for Kandyland has been as tight as possible. And we always try our best to ensure that this standard continues.

Kandyland is based on a tested protocol system that has worked for many alternative DAOs and has innovative features, a strong community, and a strong future outlook.

With your help, we believe that Kandyland can become one of the biggest players in the Avalanche ecosystem and make a real-world and crypto-world impact on gaming, music, NFT ecosystems.

It’s truly an early opportunity to lay your hands on one upcoming project with a massive upfront potential, that is governed by a decentralized system and is the next step in DeFi evolution.

Kandyland will start off with an initial supply of 250,000 tokens released into circulation.

It is important to remember that the supply of KANDY is dynamic and not fixed, so this initial number is not as important.

The Tokenomic split is as follows:

– 80% used for the Liquidity bootstrapping event.

– 5% used for the initial development and marketing of the platform

– 10% split between the founding members

– 5% used for an initial liquidity mint

Moving forward, the DAO will support itself through strategic proposals, providing additional funds for the marketing, future development, and community management with funds allocated from the treasury reserves.

As mentioned previously, Kandyland is currently having its public sale, which means that anyone can get their KANDY at a pre-sale price of $5 per token. If you wish to gain an early advantage and hop in on the starting price trend, then all you have to do is follow the steps below:

Ensure you have at least $500 to $2000 max in MIM (magic internet money) on the Avalanche Network.

Connect your Metamask or WalletConnect compatible wallet to the LBE website.

Type in the amount of MIM you’d like to deposit to pre-purchase KANDY tokens 5 MIM = 1 KANDY.

Click “Deposit MIM” and confirm the transaction. Once it confirms you have successfully pre-purchased KANDY!

Once the dAPP will be live, you will be able to claim 20% of your purchased tokens per day!